Most Popular Online Colleges Based on Highest Enrollment

It has been said that in today’s economy a college education is absolutely crucial towards finding a job that is worthwhile, fulfilling, and financially stabilizing and the data happens to back that up. Recent studies show that college graduates earn on average around $17,500 per year more between the ages 25 and 32 than those holding only high school degrees. This gap is wider than it has been in almost fifty years. Thus, interest and enrollment in college is growing exponentially, many seeking to profit in the future from this rising trend. Following are the colleges and universities with the highest enrollments.

Miami Dade prizes itself as the largest and most diverse college in the United States of America – though its enrollment pales in comparison to the University of Phoenix at a still very impressive and second best 161,000. Established in 1959 in Miami, Florida, Miami Dade has gone under several names: Dade Junior College, Miami Dade Junior College, Miami Dade Community College. Under all monikers, however, the college has fulfilled its promise of diversity, bringing in Cuban exiles (along with their children) and African Americans who did not have the money to afford the tuitions of other schools. Indeed, the Hispanic population among its student body sits at around 70%, an amazingly high statistic. Thus it’s alumni group shows some impressive names among the Hispanic community including the former President of Panama Mireya Moscoso. That last name change reflects the college’s growth as it now offers bachelor’s degrees along with associate’s degrees with extensive online courses that work toward both. In Lynchburg, Virginia sits the largest Evangelical Christian university on Earth. Liberty University’s benefits don’t stop there as it is also the seventh largest four-year university and the United States’ largest nonprofit private university. Though Liberty’s on-campus residential student population is relatively small with only around 13,000, Liberty brings in above 90,000 online-only students making it the largest university in the state. The university was founded in 1971 as Lynchburg Baptist College by the controversial Jerry Falwell but became Liberty University when it earned accreditation in 1984 from the Southern Association of Colleges and Schools. As a religious college promoting a Christian community, Liberty pushes not only intellectual growth but spiritual growth in its students with degree offerings such as Master of Divinity (M.Div.), Master of Arts in Theological Studies (M.A.T.S) and Master of Arts in Marketplace Chaplaincy. The online undergraduate programs include Philosophy of Religion, Theological Seminary and Worship and Music Studies. For Evangelical Christians, Liberty provides an avenue in higher education that is consistent with and supportive of one’s faith.

Lone Star began only a year after Houston Community College, created as the North Harris County College by voters of Houston school districts. It has since then expanded greatly and now hold a student population standing above HCC, with enrollment reaching 90,000 students. The main headquarters located in The Woodland, the System encompasses seven campuses from Cy Fair to University Park. With Houston’s increasing growth, Lone Star has continued its expansion recently purchasing a large expanse of land where Compaq’s headquarters once sat to bring to bear a million square feet behemoth of a campus and university center. With plenty of campuses and more to come, Lone Star is a large provider of on-site learning, but it also uses the online space for its degree programs many students taking online courses to supplement their education.

The Houston experiment in affordable offerings of higher education began in 1927 with the establishment of Houston Junior College. As a Southern institution, however, this was a college only for whites and thus the years evolved it into the Houston College for blacks – now known as Texas Southern University – and the University of Houston. In 1971 came the city’s second attempt, founding the Houston Community College System. The System grew to have campuses throughout the greater Houston area in Missouri City, Stafford, Katy and Houston, proper, and now possesses a student population of over 57,000. Houston Community College, more casually known as HCC, is a healthy purveyor of higher education for recent graduates attempting to save some money taking their “basic courses” before shuttling off to the University of Houston, but offers plenty of online courses through its Distance Education program in which 85% or more of the coursework is completed online. 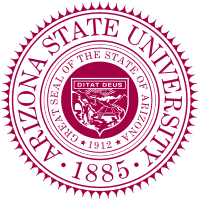 Having one of the US News & World Report’s Top 10 Online Bachelor Degree Programs, Arizona State University is a large public university sat in Tempe, Arizona with a huge enrollment of over 70,000 across all of its campuses making it the largest public university in the country. Although probably known most widely as one of the nation’s preeminent “party schools,” Arizona State University started with humble beginnings in 1885 in the just burgeoning Arizona Territory as just a single four room schoolhouse and 30 students. ASU is now a top 25 research university in the United States and since 2006 a top provider of online education. It’s helped by its commitment to record and archive every online class so students can view material from class lectures on their own schedule. This allows a greater number of students, working or otherwise, to put the required effort in their own education.

Also, a public research university located in a metropolitan area, the University of Central Florida is sat in Orlando, Florida and is a member of the State University System of Florida which includes the University of Florida, Florida State University, and University of North Florida. Second to Arizona State University in enrollment with almost 60,000 undergrads and post-grads, UCF is also behind ASU in the sum of its history only having been establishes in 1963 as Florida Technological University with the purpose of providing support and personnel to the United States Space Program at the Kennedy Space Center in Florida. After men set foot on the moon, it expanded to its present state as UCF in 1978. The college receives similarly high reviews from US News & World Report with a healthy student-faculty ratio and graduation rate. Holding a student body of over 50,000, the University of Minnesota is a gigantic provider of higher learning in the Midwest with 143 degree programs. Established in 1851 as a preparatory school, the university has grown to become one of the twenty five best research universities as ranked by the Center for Measuring University Performance with a greater focus on its post-graduate programs than a school like the University of central Florida. Though offering online bachelor’s programs for longer than UCF and Arizona State University, its scope is small relative to the others and by the standard of some doesn’t match up to the quality of the latter. However, with its on-campus offerings, the University of Minnesota is ranked as the best public school in the nation by US News & World Report with a sterling record of student achievement and advancement. Founded in 1870 with the Morrill Act, Ohio State University is located in the Buckeye State’s capitol, Columbus. With an array of on-campus opportunities including almost 65 Greek letter organizations, Ohio State is perhaps most famously known for its success in the realm of sports, specifically football. A Division I NCAA school, is one of only four universities (including rival University of Michigan) to have won national championships in the major men’s sports: football, basketball and baseball. Along with its strong athletic record, Ohio State’s possesses a good reputation for its academics as well with its over 60,000 students and 175 majors and is ranked as a top 20 public school by US News and World Report in its yearly college rankings. With its online courses – though enrollment is low – Ohio State University offers many online programs including Bachelor’s, Graduate Nursing, Graduate Engineering and Graduate Education.